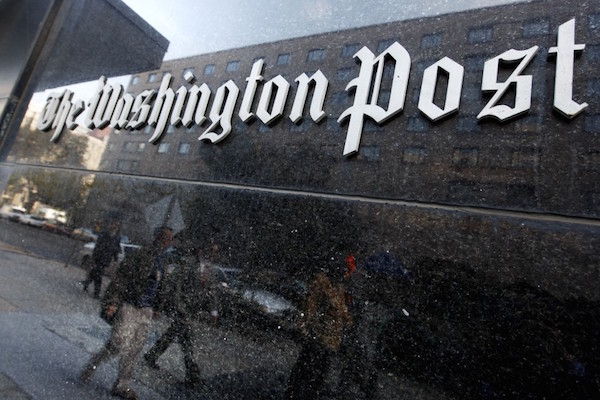 Each week, In Theory takes on a big idea in the news and explores it from a range of perspectives. This week, we’re talking about financialization. Need a primer? Catch up here.

Michael Hudson is distinguished research professor of economics at University of Missouri-Kansas City. His most recent book is “Killing the Host: How Financial Parasites and Debt Destroy the Global Economy.”

Our economy has increasingly been financialized, and the result is a sluggish economy with stagnant wages. Weneed to decide whether to stop the cycle and save the economy at large or to stay in thrall to our banks and bondholders. Without clearing our debt, theeconomy will continue to languish in debt deflation and polarization between creditors and debtors.

As a statistical measure, financialization is the degree to which debt accounts for a rising proportion of income or the value of an asset, such as a company or piece of property. The ratio tends to rise until defaults lead to a crisis that wipes out the debt, converts it into equity or transfers assets from defaulting debtors to creditors.

As an economic process, financialization makes money through debt leverage — taking on debt to pay for things that will increase income or the value of assets: for instance, taking out a loan for education or a mortgage on a property to open a store. But instead of using credit to finance tangible industrial investment that expands production, banks have been lending to those who want to buy property already in place — mainly real estate, stocks and bonds already issued — and to corporate raiders — those who buy companies with high-interest bonds. The effect often leaves a bankrupt shell of a company, or at least enables corporate raiders to threaten employees with bankruptcy that would wipe out their pension funds or employee stock ownership plans if they do not agree to replace defined benefit pensions with riskier contribution schemes.

The dynamic is more extractive than productive. Corporate financial managers, for example, can raise their company’s stock price simply by buying back shares from investors — financing the move by borrowing money. But in addition to raising debt-to-equity ratios, these short-term tactics “bleed” companies, forcing them to cut back on research, development and projects that require long lead times to complete. Corporate managers are paid by how much they can raise their companies’ stock prices in the short run. When earnings are diverted to pay dividends or buy back shares, growth slows. But by that time, today’s managers will have taken their money and bonuses and run.

On an economy-wide scale, rising debt can inflate prices for real estate, stocks or bonds on credit. Asset prices reflect whatever banks will lend against them, so easier credit terms (such as lower interest rates, lower down payments and more time to pay back loans) increase the asking prices of everything else.

Banks have found their biggest loan markets in mortgages for real estate, natural resources (oil and mining) and infrastructure monopolies. Most of the interest that banks receive from their lending is thus paid out of property and monopoly rents. To make it easier for companies to pay back their bank loans or stock issues, the financial sector defends tax benefits for these major customers, recognizing that whatever the tax collector leaves behind can come back to the banks in the form of interest payments on further loans. These loans create debt-leveraged “capital” gains, which receive favorable tax treatment compared with profits and wage income. But the savings end up in the hands of banks rather than individuals who would spend that money back into the economy.

At the household level, buying a home with a 25 percent down payment leaves the home buyer with 75 percent equity. This was the normal rule of thumb for mortgage lending in the 1960s. If interest and loan payments absorb a quarter of the buyer’s overall income (a rule of thumb for bankers in the 1960s), then that person’s income is said to be 25 percent financialized.

But today, home buyers can put up as little as a 3 percent down payment for a Bank of America mortgage guaranteed by the government agency Freddie Mac (and 3.5 percent for an FHA-insured mortgage), leaving homeowners with 97 percent financialization.

Government-guaranteed home mortgages absorb up to 43 percent of the buyer’s income just to service their debt. Student loans, auto loans, credit cards and other bank debt may absorb another 10 percent of the debtor’s income. This leaves only half of personal income available to spend on anything else one might need.

Meanwhile, wage withholding for Social Security and Medicare (paying in advance to build up a fund that may not even exist to help them later in life) absorbs more than 15 percent of income, and other taxes (income taxes, property taxes and sales taxes) take up another 10 percent to 25 percent. In the end, the combination of financialization and the taxes shifted off the finance sector and onto individuals can eat away as much as 75 percent of a wage earner’s income. The result is regressive taxes reducing purchasing power, on top of debt deflation, as more income has to be paid to banks and other creditors.

Loading the economy down with debt therefore leaves less disposable income for both individuals and businesses that could otherwise be buying consumer goods and investing in real production. To illustrate this, just take a look at how our economy has changed since financial institutions inflated asset prices in the housing market until the bubble burst in 2007. The cost of paying the mortgage loans that bid up real estate prices has led to austerity: Markets have shrunk; new investment and hiring slowed; and profits and wages have stagnated. The asset-price inflation that seemed to be making the economy richer has turned into debt deflation, leaving many households strapped to meet their monthly“nut.”

As the “One Percent” of banks puts the “99 Percent” deeper into debt, financialization has become the major cause of increasing inequality of wealth and income. In due course, the amount of debt will exceed the economy’s ability to produce a large enough surplus to pay it back. This makes a financial breakdown inevitable.

This financial dynamic always leads to a transfer of property from debtors to creditors, unless debts are forgiven or brought in line with the debtor’s ability to pay. In 2008, banks persuaded governments to “solve” the debt problem by taking bad bank debt onto the public balance sheet and then bailing out the banks. But while a government bailout or International Monetary Fund loan may enable private creditors to jump ship, it shifts the burden onto the government — mainly to be borne by taxpayers. This requires governments to cut back spending, or to raise taxes to transfer income from taxpayers to bondholders.

In the end, society must choose whether to save the economy at large, or to save bondholder and banking claims on the economy.