By Michael Tuesday, November 20, 2018 Debt, History of the Near East Ancient Near East Permalink 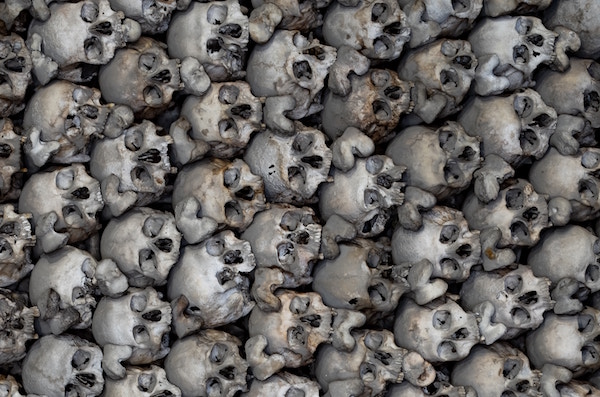 How the Bronze Age saved itself from debt serfdom

There has been an explosion of discussion about whether to cancel student debts. Critics of the idea point out that wealthy people would be the main gainers, posing moral hazard. The debate has  has quickly slipped into a discussion of modern economies and whether it was moral to cancel the debts of people who are in arrears, when some people have struggled to keep current on their payments.”

Bankers and bondholders love this argument, because it says, “Don’t cancel debts. Make everyone pay, or someone will get a free ride.”

Suppose Solon would have thought this in Athens in 594 BC. No banning of debt bondage. No Greek takeoff. More oligarchy Draco-style.

Suppose Hammurabi, the Sumerians and other Near Eastern rulers would have thought this. Most of the population would have fallen into bondage and remained there instead of being liberated and had their self-support land restored. The Dark Age would have come two thousand years earlier.

My book “And forgive them their debts”: Lending, Foreclosure and Redemption from Bronze Age Finance to the Jubilee Year (available on Amazon) is about the origins of economic organization and enterprise in the Bronze Age, and how it shaped the Bible. It’s not about modern economies. But the problem is – as the reviewer mentioned – that the Bronze Age and early Western civilization was shaped so differently from what we think of as logical and normal, that one almost has to rewire one’s brain to see how differently the archaic view of economic survival and enterprise was.

Credit economies existed long before money and coinage. These economies were agricultural. Grain was the main means of payment – but it was only paid once a year, at harvest time. You can imagine how awkward it would be to carry around grain in your pocket and measure it out every time you had a beer.

We know how Sumerians and Babylonians paid for their beer (which they drank through straws, and which was cleaner than the local water). The ale-woman marked it up on the tab she kept. The tab had to be paid at harvest time, on the threshing floor, when the grain was nice and fresh. The ale-woman then paid the palace or temple for its advance of wholesale beer for her to retail during the year.

If the crops failed, or if there was a flood or drought, or a military battle, the cultivators couldn’t pay. So what was the ruler to do? If he said, “You owe the tax collector, and can’t pay. Now you have to become his slave and let him foreclose on your land.”

Suddenly, you would have had a slave society. The cultivators couldn’t serve in the army, and couldn’t perform their corvée duties to build local infrastructure.

All this was spelled out in the Clean Slate proclamations by rulers of Hammurabi’s dynasty in Babylonia (2000-1600 BC), and neighboring Near Eastern realms. They recognized that there was a cycle of buildup of debt, reaching an unpayably high overhead, followed by a cancellation to restore the status quo ante in balance.

This concept is very hard for Westerners to understand. Yet it was at the center of the Old and New Testaments, in the form of the Jubilee Year – taken out of the hands of kings and placed at the center of Judaic religion. My book documents how this occurred.
When debts were cancelled in Babylonia and other Bronze Age Near Eastern realms, it would have been against their way of thinking to complain that some debtors were benefiting from being freed from debts that other people had paid. In the first place, all cultivators became debtors during the growing season, with payments for everything from agricultural inputs to beer at the local ale-house to be paid on the threshing floor at harvest time. So annulling such debts benefited the population at large.

With regard to individuals who had borrowed out of need, it was recognized that if some could not keep up, it was because they were poor or unable to do so. Mutual aid became the principle of helping people who were sick, widows who lost their husbands or other factors that obliged them to run up debts. Not to have helped such people would have deprived the community of their productive labor.

Conspicuously absent from ancient moral values is the modern “moral hazard” theory to play solvent individuals against debtors. The point of reference was what would happen if people were not forgiven their debts. How would this have affected the community as a whole?

The answer is that debtors unable to pay would have fallen into bondage to their creditor, working on his land, and ultimately have lost their own land. They therefore would not be available to work on their own land to grow crops to pay taxes and other obligations to the palace, or to provide corvée labor on public works, or serve in the military. Clean Slate proclamations were part of the community’s self-preservation.

At the same time, the moral opprobrium was felt toward creditors. They were blamed for impoverishing society at large by their selfishness. The Greeks called his hubris, money-love and wealth addiction. And rulers saw an independent creditor class turning its wealth into large landholdings of creating a rival power to the palace. In addition to cancelling debts owed to the palace, rulers thus restored widespread independence from large wealthy families whose economic interest lay in resisting royal Clean Slates. Large fortunes thus seem to have disappeared in Larsa and Babylonia around the 18th and 17th centuries BC. They didn’t have any President Obama to defend them from the “mob with pitchforks.” Hammurabi said that he was serving Shamash, the sun-god of justice. And Nanshe was a prototype for Greek Nemesis, punishing hubris and abusive wealth, protecting the poor and needy (already in 3rd-millennium Sumer).

The context for today’s debt overhead is one in which most debts are owed to private-sector banks, bondholders and other creditors. Also, not everyone is in debt – and society is rich enough to afford imposing a loss of status and self-reliance on large classes of debtors. Still, there is a logic in forgiving debts owed by the needy (but not by the wealthy).

Creditors argue, for instance, that if you forgive debts for a class of debtors – say, student loans – that there will be some “free riders.” Students freed from debt will benefit, while students who were able to carry and pay off their debts had to “meet their obligations.” It is further argued that if student debts are forgiven (or “junk mortgage” loans written down to fair real estate valuations), people will expect to have bad loans written off. This is called a “moral hazard,” as if debt writedowns are a hazard to the economy, and hence, immoral.
This is a typical example of Orwellian doublespeak engineered by public relations factotums for bondholders and banks. The real hazard to every economy is the tendency for debts to grow beyond the ability of debtors to pay. If large numbers of students remain liable to pay student loans without having obtained well enough jobs to pay, this will prevent them from being able to qualify for mortgage to buy a home and start a family. Many students today are obliged to keep living with their parents, and are unable to marry. The result is deepening economic austerity as a result of the debt overhead.

Meanwhile, defaults on student loans to for-profit colleges are projected as rising toward 40%. Is it worth it to say that to prevent giving these impecunious students a “free lunch,” it is worth keeping a large swath of the population poor and unmarried?

The first defaulters are victims of junk mortgages and student debtors, but by far the largest victims are countries borrowing from the IMF in currency “stabilization” (that is economic destabilization) programs.

It is moral for creditors to have to bear the risk (“hazard”) of making bad loans, defined as those that the debtor cannot pay without losing property, status or becoming insolvent. A bad international loan to a government is one that the government cannot pay except by imposing austerity on the economy to a degree that output falls, labor is obliged to emigrate to find employment, capital investment declines, and governments are forced to pay creditors by privatizing and selling off the public domain to monopolists.

The analogy in Bronze Age Babylonia was a flight of debtors from the land. Today from Greece to Ukraine, it is a flight of skilled labor and young labor to find work abroad.

No debtor – whether a class of debtors such as students or victims of predatory junk mortgages, or an entire government and national economy – should be obliged to go on the road to and economic suicide and self-destruction in order to pay creditors. The definition of statehood – and hence, international law – should be to put one’s national solvency and self-determination above foreign financial attacks. Ceding financial control should be viewed as a form of warfare, which countries have a legal right to resist as “odious debt” under moral international law.

The basic moral financial principal should be that creditors should bear the hazard for making bad loans that the debtor couldn’t pay — like the IMF loans to Argentina and Greece. The moral hazard is their putting creditor demands over the economy’s survival.

I wrote “And forgive them their debts” as Volume One of an economic history of how societies have handled debt and finance through the ages, and what the logic was behind the Bronze Age and early Iron Age structuring of economies.